Home News CENTENARY OF ARMISTICE TO BE MARKED IN ENNISKILLEN PARISH 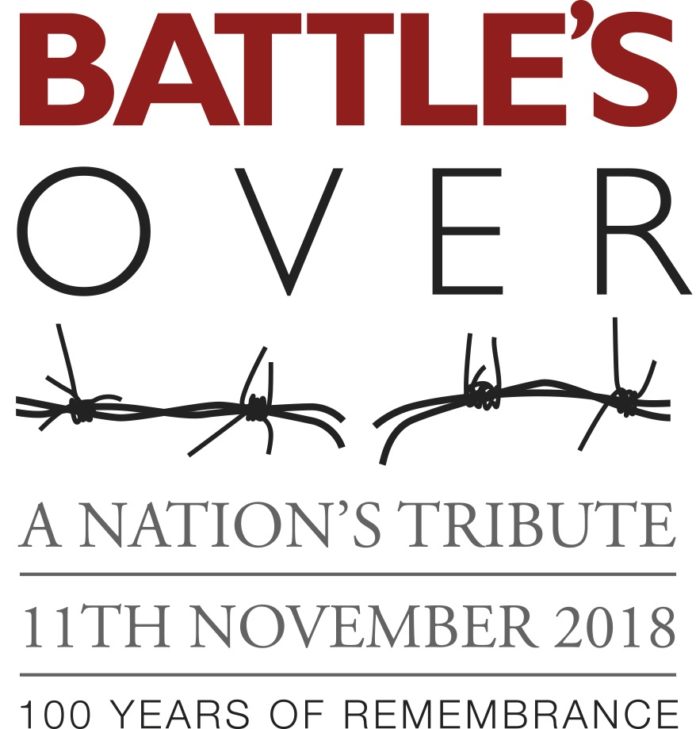 St Michael’s Parish, Enniskillen, together with other churches in Enniskillen will take an active part in the various events in the town on Sunday 11 November to commemorate the centenary of the of the Armistice which brought the First World War to and end in 1918. Enniskillen was the first town in the United Kingdom to publicly proclaim the Armistice in 1918 and on this occasion it will be the most westerly location to host “Battle’s Over” – a national tribute commemorating one hundred years of remembrance.

Monsignor Peter O’Reilly, the Parish Priest of St Michael’s Enniskillen & Lisbellaw and Archdeacon of the Diocese of Clogher, will be present at a wide range of events in the town on Sunday, beginning at 6am in Enniskillen Castle where special lamps will be presented to each of the churches in the town. He will also be participating in the short prayer service at the War Memorial in Belmore Street just before 11am, after which there will be a Service of Remembrance in St Macartin’s Cathedral, during which he will read from the Gospel according to John 15.

At 6pm on Sunday, the Liturgy of Evening Prayer will be celebrated in St Michael’s Church. The special guest will be Viscount Alan Brookeborough, who is H.M. Queen Elizabeth II’s Lord Lieutenant for County Fermanagh. He will be accompanied by Viscountess Brookeborough, together with Cadet W.O. Ciara McHugh and Cadet C.S.M Peter Watson. The attendance will also include the Church of Ireland Bishop of Clogher, Right Rev John McDowell and the leaders of the other Christian Churches in Enniskillen. Also in attendance will be Cllr Howard Thornton, the Chairperson of Fermanagh & Omagh District Council; Arlene Foster MLA; Bryan Wockley, the Deputy US Counsel General and his wife Sarah; Jerome Mullen, Honorary Consul of the Republic of Poland and his wife Margaret; and John Jones, Chairman of the Royal British Legion.

This will be a Service of Light to which each church community will carry the symbolic lamp presented to them earlier and a prelude to the carrying of a candle flame across the street as a prelude to the lighting of a beacon in the grounds of St Macartin’s Cathedral. The event will also feature the participation of Fermanagh Massed Pipes and Drums. A bugle, provided by the Inniskillings Museum, will sound the Last Post before Viscount Brookeborough lights the beacon.

Over this weekend Monsignor O’Reilly, the Church of Ireland Dean of Clogher the Very Rev Kenneth Hall, the Rev David Cupples, Presbyterian Church, and the Rev Lorna Dreaning, Methodist Church, attended a Service of Remembrance at Enniskillen Royal School, at which Rev Dreaning was the preacher. There was also a representation from St Michael’s College. St Michael’s is a Catholic Diocesan College which has a longstanding partnership with Enniskillen Royal School in the area of peace studies. In addition, Mgr O’Reilly and Dean Hall have conducted several media interviews which will be broadcast over the course of the weekend.
Both St Macartin’s Cathedral (Church of Ireland) and St Michael’s Church (Catholic) are on either side of Darling Street in Enniskillen. On 26 June 2012 Queen Elizabeth II crossed the street between the Cathedral and Church on the occasion of her Diamond Jubilee visit. On 15 September 2015, President Michael D. Higgins also crossed the street, this time from the Church to the Cathedral. This ‘crossing of the street’ is emblematic of the journey of reconciliation; the street is the place into which our witness to Christ and his way must be brought.