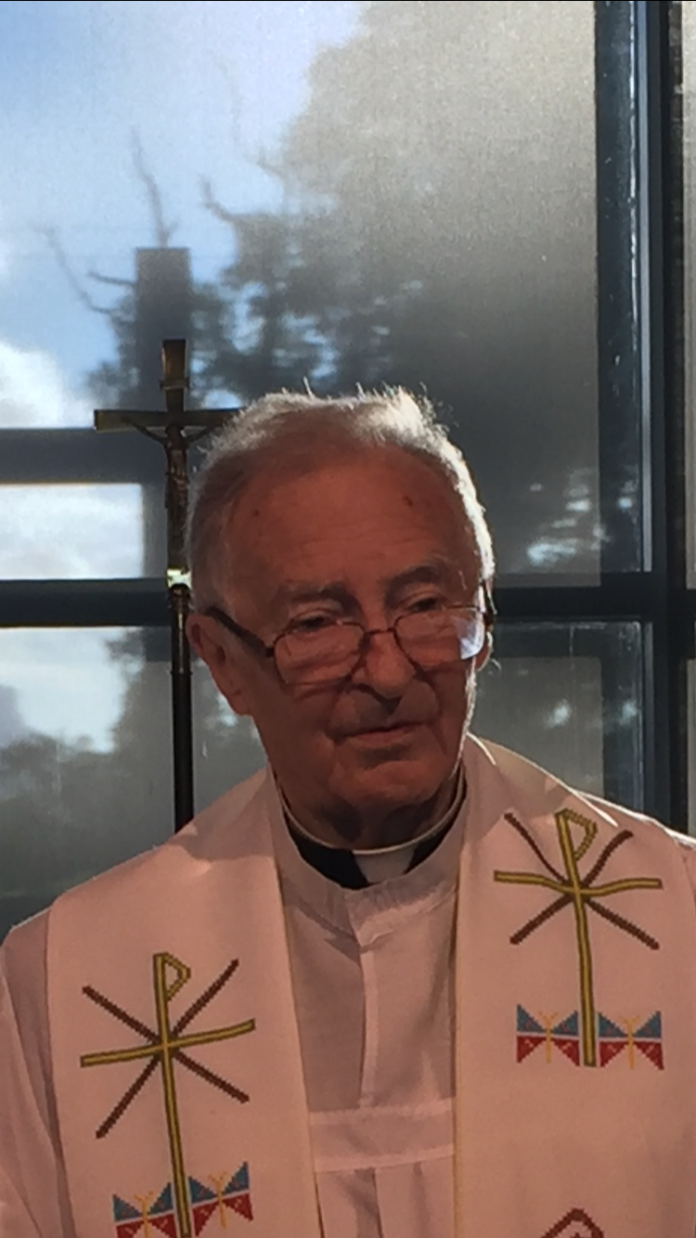 It is with great sadness that the Diocese of Clogher announces the death of Canon Patrick Lonergan P.E., retired Parish Priest of Belleek-Garrison. Canon Lonergan died today in the South West Acute Hospital in Enniskillen.

The Bishop of Clogher, Bishop Larry Duffy, has paid tribute to Canon Lonergan’s long years of faithful service as a priest in the diocese. ‘Fr Paddy was a priest who brought the Good News of Jesus Christ to many people through the way in which cared for all those with whom he came in contact. He loyally served the parishioners of the various parishes he was sent to serve in and he is fondly remembered by them. To his brother priests too he was a good friend and a caring colleague. Fr Paddy also had a profound interest in gaelic games and his record in the GAA, both as a player and an official, speaks for itself. Now that he has completed the race, may the Good Lord, the light of the world, give him the joy of eternal life in the presence of the Father.’

Canon Lonergan was a native of Carrickmacross (Shirley Arms Hotel), Co Monaghan. Following his education at St Macartan’s College, Monaghan and St Patrick’s College, Maynooth, he was ordained to the Priesthood in St Joseph’s Church, Carrickmacross on Sunday 23 June 1957 by the then Bishop of Clogher, Dr Eugene O’Callaghan. He served as CC in Dromore, Co Tyrone (1957-59); CC in Ederney, Co Fermanagh (1959-60); CC in Garrison (1960-77); CC in Irvinestown (1977-81); CC in Newtownbutler (1981-85) and then PP of Belleek-Garrison (Inis Muighe Saimh) (1985-2006). In June 2017 he celebrated the Diamond Jubilee (60th anniversary) of his ordination with a special Mass of Thanksgiving in Garrison. In more recent times, he moved into residential care in Enniskillen.

In addition to his priestly ministry, Canon Lonergan was also well known throughout Co Fermanagh for his talents as a GAA player and administrator. He played for Devenish GAA club for sixteen years, with whom he won several honours, including a championship win in 1963. He served a Vice-Chairman of Fermanagh County Board for many years and was also a member of the Ulster Council of the GAA.

Canon Lonergan is survived by his brother John, sisters-in-law Moira and Bernie, his nephews, nieces, grandnephews, grandnieces, and cousins.

Homily by Bishop Larry Duffy at the Funeral Mass for Canon Lonergan in the Church of Mary Queen of Peace, Garrison on Monday, 16 December 2019.

I am very happy that the Gospel reading chosen for today is the Good Shepherd passage from John 10. Of course, Matthew and Luke also speak of the shepherd. Their emphasis is on the kind, forgiving nature of the shepherd who searches for the lost sheep.

John’s emphasis is somewhat different. He talks about the Good Shepherd. The Good Shepherd for him is a committed protector of the flock; a man alert to danger and prepared to pay the price to protect the flock.

In this passage, John has Jesus contract the Good Shepherd and the hired man. The hired man looks after himself first, his dedication is in doubt and he is likely to hide or run when there is danger. The Good Shepherd lives to care for his flock. His love and commitment knows no limits and he is ready to suffer.

For John, Jesus Christ is that Good Shepherd who suffered and died for humankind. He presents Jesus as a model for all disciples and especially those called to leadership.

Today, we prayerfully lay to rest a true shepherd. Canon Pat Lonergan served for 62 years as priest of Clogher diocese – in Dromore, Ederney, Irvinestown, Newtownbutler and here in Belleek-Garrison. More than half his priestly life spent here in this parish. He loved this place and its people and that love was returned a hundredfold. For Canon Pat, Garrison and Belleek was the centre of the world, the highpoint of God’s creation. Canon Pat did not spare himself here. He was very attentive to the sick, visited schools, baptised the young, laid to rest the dead, visited homes and mixed with one and all.

In his early years he helped to organised carnivals and concerts. Here was a man who knew the stars of that scene: Philomena Begley and Big Tom, to mention just two. Of course, his great love was Garrison football. He rarely missed a match, in his early years as a player and later as a supporter and administrator. He loved to talk about his playing days, especially the three goals he scored in the 1963 Fermanagh County Final. I recall a scene many years ago when two priests invited him to literally go through the goalmouth scenes in slow motion and Fr Pat was happy to do so. He also enjoyed a game of golf and a hand of cards.

Despite his great love of Fermanagh, Fr Pat never lost his link with home in Carrickmacross. He was a man ever-faithful to family, and to the town of his birth and ordination.

On 23 June 1957, Fr Pat was one of four young men ordained in St Joseph’s, Carrickmacross. We are privileged today to have with us Canon Paddy Marron, one of those four men ordained that day and still serving in the diocese.

Today, we remember Canon Pat’s deceased family members and Mary Cox, his long-term faithful housekeeper who died last year. I know that Canon Pat would want me to thank Fr Beggan for his kindness and all who supported him in life. He was especially grateful for the support of family and the staff of the Tilery Nursing home in recent years.

Today, we pray that Canon Pat is among those invited to the heavenly banquet; that during the celebration he will be asked to sing as he did at wedding receptions and other occasions. May the words of his song express his joy that God has saved him.