Home News Message from the Bishops of Northern Ireland to Voters ahead of the... 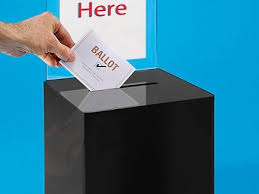 It is twenty years this month since the Stormont Assembly assumed the full powers devolved to it as a result of the overwhelming support of citizens on this island for the Good Friday Agreement.  The damaging consequences of the prolonged, ongoing failure to restore the institutions of the Agreement are becoming increasingly clear, especially their impact on the most vulnerable in society.

As the people of Northern Ireland return to the polling booths for the Westminster elections we encourage everyone to exercise their right to vote and also to take the opportunity ‘on the doorsteps’ to encourage all political parties to return to the Stormont Assembly as soon as possible.

The run up to this election has been dominated by the issue of Brexit.  No doubt the final outcome of Brexit will have a significant impact on the political, economic and social life of Northern Ireland, and its fragile peace.  Whatever the eventual decision of the Westminster Parliament on Brexit, negotiations on the future relationship between the UK and the EU will be critical for our future.  The people of Northern Ireland need competent voices to put forward their concerns on these issues and we encourage them to choose leaders who will value positive relationships both within and beyond these islands.

It is worrying that some see the uncertainty over Brexit as an opportunity to drag the community back to a violent past.  We call on all political leaders to promote dialogue as the only way to resolve differences and to create a safe future for our young people. =

On 21 October last the Westminster parliament liberalised abortion laws in Northern Ireland. This was a tragic day for the unborn children who will now never bless our world with their unique and precious lives. It was also a sad day for our local democracy as this draconian Westminster abortion legislation was introduced over the heads of local citizens. The right to life is not given to us by any law or government.  Any human law that removes the right to life is an unjust law and must be resisted by every person, every voter, every political representative. For Catholic politicians this is not only a matter of protecting the human right to life but also a fundamental matter of Catholic faith.

We have consistently said that the equal right to life, and love, of a mother and her unborn child is so fundamental to the common good of every society that citizens deserve the fullest participation in the democratic debate about the legislation which governs it.

Similarly, the freedom of conscience of healthcare professionals and pharmacists needs to be respected and they should never be required to lend their support to an action which conflicts with their commitment to uphold life.

We ask all voters to respond to the current consultation on the draft Westminster abortion legislation and to leave their representatives in no doubt as to how they feel in these matters. We also call on people to continue to pray for a society which respects the equal right to life and care of a mother and her unborn child with a compassion that welcomes every child as a unique and wonderful gift and that supports women who find themselves in difficult circumstances.

Ahead of the general election on 12 December, voters have a duty to inform themselves about the position of candidates standing for election in respect of their willingness to support and cherish equally the lives of mothers and their unborn children.  Candidates for election should also make clear their position on defending the innate dignity of every human being, from conception to natural death so that citizens can make an informed decision.

It is a matter of grave concern that payments under the welfare reform mitigation package for Northern Ireland are due to come to an end on 31 March 2020. This represents a ‘cliff edge’ for many already hugely vulnerable people receiving supplementary payments under this scheme across the North, including an estimated 35,000 households. Many recipients of mitigation payments are unaware that their income will significantly reduce in March under current legislation which means that the effects of these changes will be exacerbated. The unique circumstances of Northern Ireland which justified the introduction of these mitigation arrangements have not changed in the last four years. In fact, arguments have been made that stronger mitigation schemes are needed in light of growing challenges, including the introduction of Universal Credit and cuts to housing benefits in the private rental sector.

While we recognise that a programme of mitigations is not a long-term solution, there is a need for welfare reform to be analysed and treated differently in Northern Ireland. It should be acknowledged that a separate system of management for welfare schemes specific to the North may be necessary. The Department for Communities cannot amend the legislation to extend the mitigation payments in the absence of an Assembly, highlighting again the significant negative impact on all citizens in Northern Ireland across a range of issues due to the political stalemate.  In the absence of devolved government, we call on politicians elected to Westminster to seek to ensure that the mitigation package does not end suddenly in March, and that appropriate legislation is enacted to prevent this.

Pope Francis has said that ‘There is no social or moral justification – no justification whatsoever – for the lack of housing’.  We are concerned at the level of housing insecurity in Northern Ireland and the number of people, in particular families, facing homelessness. Many others are ‘hidden’ homeless as they seek to rely on family and friends for temporary accommodation, moving constantly with no stability. As bishops stated last year in their pastoral letter Room at the Inn?, the right to shelter, housing and a place to call ‘home’ is an essential human need and right. As the numbers facing housing precariousness and homelessness increase we need to look at how we have ordered society if we cannot meet these basic needs for our citizens. Housing provision cannot be left solely to the market to be treated as any other commodity. This ideological position has failed to provide for our society’s housing needs. Where housing is not available for everyone then the State must step in to provide affordable social housing, introduce controls in the private rental market and exercise its responsibility to ensure the basic needs of its citizens are provided for. In considering candidates for election, it is important that these representatives are willing to take the necessary steps to address the current housing needs of our population.

We have all been made aware recently of the atrocious scourge of human trafficking and of those who seek to exploit people forced to migrate to escape violence or natural disaster, or who hope to find a better life abroad.

Pope Francis has called human trafficking ‘an open wound on the body of contemporary society, a scourge upon the body of Christ.’ He has said that ‘we are facing a global phenomenon that exceeds the competence of any one community or country’ and, so we ‘need a mobilisation comparable in size to that of the phenomenon itself’. Migrants are amongst the most vulnerable of our sisters and brothers. We can all empathise with their sense of desperation to reach a foreign shore with hope of finding safety and decent employment.  In this context, following their election on 12 December, and irrespective of various ideological perspectives, we are urging all new members of the Westminster Parliament to serve the common good by allocating significant financial and human resources to tackling this critical issue and to commit to continue to work with European and international partners to combat this global phenomenon.

There can be no doubt that the forthcoming Westminster elections will be among the most significant in recent history for the future of the social, economic and political relationships within and between these islands. This brings an even greater responsibility on the followers of Jesus Christ to reflect conscientiously and in an informed way on the wide range of issues involved.  We call for prayers for those who are standing for election to public office and for a respectful public debate about the important issues at stake.

Archbishop Eamon Martin of Armagh and Apostolic Administrator of the Diocese of Dromore;

Bishop Noel Treanor of Down & Connor;